Carrilion, Democracy and Competing by Eating the Competition 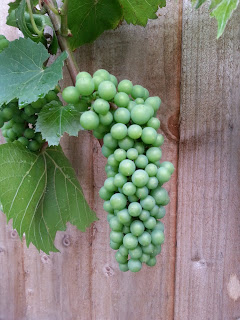 We hear this week, yet again, the narrative of a business, by the cool name of Carillion, handling billions of pounds worth of Government contracts and outsourced public services in known financial difficulties, still getting those contracts, which were used to provide the illusion of a thriving business, while a group of executives were re-writing the terms of their contracts to indemnify them against future indictments for any failures of any kind which caused, or failed to prevent, those avoidable financial difficulties, and thus protecting their various bonuses the company paid them, unless fraud can be proven.

'Mistakes and errors can look like fraud, but they are not legally fraud."

So one way to do the job is to make obvious and not so obvious errors, make it look like incompetence.

Privateers and their off-shore Carribean treasure troves..... The Panama Papers, a  Rizla (tm) of what exists today.

The original privateers were a much earlier version of 'outsourced military capability' on behalf of the State. The East India Company also operated as a Legislative, and as a form of Governance, which provided the infrastructure to bring resources to factories and goods to market, as well as supply lines for military operations. Cue G4S being suggested as a back up police force...

And, of course, there was direct involvement, and therefore responsibility and liability in and for these failures by Government officials and the 'civil service' departments who carried out their orders.

The Minister does not prepare the detail of the contracts, does not visit the detail of the policy, or look at the adverse outcomes as information that would alter the implementation of the policy - the Minister sets the 'course' and then bends the civil service to make that shape appear. The course must be maintained and the Minister has that legal right to impose policy, and the frontline staff and managment must follow orders, or lose their job.

In all of this, where is Democracy?

No matter who one votes in or out, this obvious revolving door between the Corporate Sector and Government continues. The voices of the people are nowhere else in the process.

Democracy for the 21st Century.

Democracy in the 21st Century - what would it look like?... if one took a material, rational, evidence based approach to Governance funded by a shared subscription, funded by ordinary grass roots humanity, which is what we have - we are society's true beating heart. and if we took that situation, irrespective of its past, irrespective of the extant inequities, that we are funding Goverment, as the basis for moving forwards.

We pay their wages, we instruct them.


We have a direct socially shared responsibility, to one another, as funders of the Government and Civil Services, as it'scollective financial guarantors - the Government borrows on that basis.
We pay their wages, we instruct.
To step up to that plate.
That is our praxis Our task.
The setting of an evidentiial basis for policy deliberation based on our collective deliberations demands that the sordid adversarial political bi-polar behaviour be diagnosed - it is bullying and only transparency can confront that.
For example the isssue of Brexit ought be an exploration of the existing situatiion, a deliberation rather than a adversarial debate. Winners create losers. The urge to wn begest lies and deceit. That is not healthy Governance, and belies the claims of 'British Democracy' as a leading edge in the world.
Pitting peolle against each other is not healthy, and it is certainly not Democracy. Labour vs Conservatives. It's blatantly ridiculous, and unfit for the purpose of healthy 21st Century civil Governance.
What we have is a mime of true democracy, a shadow of a genuine and socially nurturing democracy that serves the people, and preserves justice and equity.
Reducing political engagement to a vote is X-factor thinking.
The Tories, New Labour, the propaganda, the media and the carefully crafted narratives and our consumption of these is a symptom. The Systemic, Institutionalised Competing Powers dynamic, the competing bully system is the problem. The fact that this very concept is fully accepted amongst Governments is hugely problematic, as the resources diverted from the common, shared pool to maintain that 'game' cause untold harms.
Countering that must never become an ideology, It must always be a cintinuum of dynamic response, learning and growth matched with effort.
The 21st Century AD and the 60th Century BC are calling for egalitarian, healthy human societies to emerge from oppression memory, knowledge and collective effort, rather than force (which has only ever maintained the cycles of violence, natruallly enough).
Privateers are well named.

If you know your history. Outsourcing military capability and resource capture.
This kind of behaviour is a core abuse of power pattern that is institutionalised, normalised.
It is given a pseudo-science validation by way of 'survival of the fittest'. This is done in ways that suggest that the fundamental biological drive of 'competition' is all encompassing, where it's not so much about being better or growing and maturing ans nurturing, as it is about (b)eating the other.
This, of course, is a blase caricature of what happens in biology, rather than an accurate, science based, experience based assessment.
I blame 'education' for maintaining that misunderstanding.
So yeah the culture of dog-eat-dog is a social construct that the bullies project because that is what they do. Problem is that it causes avoidable harms for all the ordinary folk, the grass roots, the indigenous and aboriginal, men, women and child - avoidable harms.
Any shared or collective resource diverted away from the common weal undermines the functioning of that weal.
Turning public service into private enterprise is no more than prostitution and mercenarianism.
Privateers are well named. If you know your history.

Thank you for reading this blog. All we need to do is be really honest, responsive to the evidence we find,and ready to reassess when new evidence emerges. The rest is easy.
No comments:
Email ThisBlogThis!Share to TwitterShare to FacebookShare to Pinterest
Labels: BREXIT, carillion, collective, Democracy, fraud, honesty., Justice, pensions, resource, shared

portrait of a neoliberal gangster.
- youth gangs and associated knife crime issue requires some social honesty
Persistent, institutionalised social inequity is directly correlated with widespread chronic distress, despair, powerlessness. The evidence for this is clear. Giving banks close to half a trillion dollars, whiist reducing support to poor and vulnerable people was not the choice of the people. So it goes.
Persistent, instutionalised social inequity is also correlated with emergent and increasing street crime, petty public violence and other signs of breakdown. The Community fragments. Resources are diverted away. The greater the sense of inequity, the greater the refusal to co-operate, the more intense the breakdown. This is just common sense. Visible Social Inequity is the driving pressure. Pressure. International relations between States, with dominant power blocks seeking hegemony, in an adversarial environment that is fully militarised. This robs peoples of resources, youth, respect and dignity and it absolutely influences local politics, to the very core.
Lateral Violence is a term that describes a statistical dynamic, where abuse within a hierarchy trickles down, and emerges as sideways violence and aggression, where individuals or groups pick on others at their own level or below, to vent their anger upon. Gay bashing, racism, religious sectarianism and much else falls into this dynamic, or emerges more often within the dynamics of a hierarchically violent power culture That is a pattern. Not an excuse.
Not every case is the pattern; they are more than that, and to understand what is creating the pattern, we need to be honest about the evidence, the dataset, and that has to include the journey of that individual, and of every individual we learn about, it has to take in the situation of his or her lived experience and social setting as see all the elements that come into play, as influencers on those lives. All of them, in both qualitative and quantitative research terms. Empathy, compassion,respectful distance: scientific.
First Minimum requirement to solve a problem is the full understanding of the problem.
The second is access to all available pertinent information. A news story will provide only a caricature of any situation it reports, A news story is not enough to base a diagnosis on. Yet we are all expected to do this, from reading newspapers,. etc to voting in that booth, we are told we have enough information make a diagnosis, and we vote with very little data.. Beyond each caricature of a criminal or murderer, a terrorist or a soldier there lies an invisible child, now an adult human being, a history. Do not let the bullies write that history. Or co-opt it to their ends. There will be some cases that are a mixture of all of this: that are to do with social care systems and punishment, with socio-economic status, with broken familial relationships, some might have disabilities, or emotional trauma, and all will have differently altered brains, trauma altered endocrine alterations.
Peer pressure, poverty, marginalisation, bigotry can all interplay and adversely impact any child, any developing brain.
These harmful elements running through a society do not proclaim the health of that society, do they?
The Media hypes stories, for an agenda, not for honesty, or justice.
Justice would remove the economic incentive for gang membership and operations. As a first step.
By dismantling any institutionalised socio-economic inhibitors on equitable economic engagement and arrangements, where being a low skill worker does not mean low paid, economically challenged .... every hour of our lives is precious. All equally so.
The pattern.
Take a public service. cut it. to save money.
Cut it again. then bash it, to save money..
Slice it, and cut it. Then twist it, to be more efficient.
Keep doing this, until it begins to fail.
Then suggest that a private contractor could step in and save the day.

A large corporate private contractor with a track record of fraud, bad practice, graft and inefficiency.

How can any adult  alive and literate, walking about today in 2018 Britain be unaware of this pattern?

Another fine example is this: The DWP plans to streamline benefits using sanctions as a mechanism in administrating efficiencies have cost more than they have saved.

For that total net spend of £153,000,00 they have demonstrably increased chronic stress on 11,000 people who have died soon after assessments that applied reductions on their support. At least 11,000 people, who it can be said, did not need nor deserve any extra pressure and stress upon their lives.

How much of that £132 million was sequestered as corporate profits?

In other words, how much tax payers cash became shareholders profits?

Many others persisted, in spite of the system failures,  and pushed back. Which is why the UN took steps to document the tragedy unfolding.

Have they spent £153 million on bullying vulnerable people just because they can?

Is Toby Young  a natural ally of Donald 'PG' Trump, is his opportunist Toryism emblematic of the brown nosing revolving door of the neoLiberal Ruling Classes?

Thank you for reading this blog. All we need to do is be really honest, responsive to the evidence we find,and ready to reassess when new evidence emerges. The rest is easy.
No comments:
Email ThisBlogThis!Share to TwitterShare to FacebookShare to Pinterest
Labels: David Cameron, Neo Liberalism, poverty, Theresa May, toby young, Tony Blair
Newer Posts Older Posts Home
Subscribe to: Posts (Atom)


"The grooming of human vulnerability is one of the most vile things any human being can do to another."
www.patreon.com/corneilius
I am a Survivor. I write informed by the experience.
I usually sing or engineer for a living
that's not happening in the UK
therefore any financial help would be welcome and appreciated.
The music is free, see below
..
I don't sell cds or records,