The central question of power - your choice.

A more humane approach threatens the old paradigm of political power, which operates on the private assumption of exercising Power over the people they claim publicly to serve.

Voting for others to make a decision is not a genuine exercise of democracy, at least not in the classical Greek sense, nor in the manner the 5 Nations, both of whom are quoted as sources of Western Democracy and Federalism.

The modern Democracy is a sham – an illusion designed to give power over the people to a self selecting elite, and it demands the infantilisation of the electorate: in as much as a mother or father will make all the decisions affecting an infants life, and the infant has no power.

A toddler might play one parent off the other, to effectively give that power to his or her preference, yet still the toddler has no real power.

Is this what you want?

Is this what you are willing to accept, and all that goes with it : Iraq, Libya, corruption,  institutional cover-ups of horrific child abuse by powerful people?

Or are you willing to mature, as The Power Inquiry suggested many millions of UK citizens are?

The choice IS yours!

Beyond Voting: the central issue of Power laid bare. 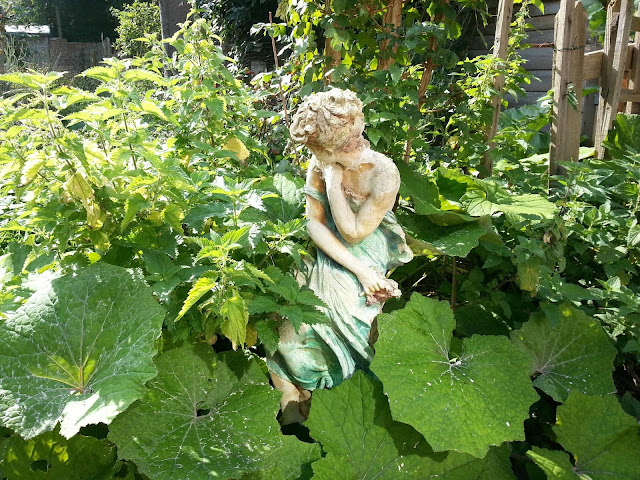 "To vote or not to vote, that is  a good question to start a conversation, an exploration, to express a desire to understand how democracy functions and how it ought to function."

The Power Inquiry of 2006 looked at this is a lot of detail.

By asking people why they don't vote.

If done well, and if people are being honest, the it would produce useful information, evidence... it would test current public domain assumptions on the matter.

They did it very well.

It's amazing what listening to people, what hearing and understanding with feedback can create, in terms of expressing and identifying needs, and then helping people to meet those needs, if they need help, if they request help...

What they found was that people's perception of professional politicians was accurate.

Liars, cheats and crooks who represent those who lobby them with cash incentives, who protect entrenched Power to Rule the People through the control of social and political institutions and exonomics, whilst pretending otherwise.

What they found was that a growing constituency of people were ACTIVE in their local communities, providing short and long-term support services to the poor and vulnerable, and the community at large, which had .historic roots in victorian local philanthropy mixed with a tradition of peasant self-reliance, how communities of peasants and later workers have long organised to help each other...

What they found was that for many people political activism was action on the ground to deal with issues in their area. Voting does not convey the same degree of social committment, and could be said to be inferior in many ways, if a citizens political action was limited to voting.

The Power Inquiry found that the Community Voluntary Sector was larger than membership of political parties by a massive margin, that as a diverse commjunity, it was politically and ethically aware and was taking active responsibility in their local areas.

They found that the Community Voluntary Sector was well versed in delivering services those they helped really needed, fund raising, consciousness raising, treasury management, listening and learning from those the served, in essence the skills of self-Governance.

What they found was that the Community Voluntary Sector crossed all age and income groups.

What they found was that the Community Voluntary Sector was also versed in real democracy, in real decision making and policy creation and implementation.

What came out of The Power Inquiry was a series of recommendations for meaningful changes which would devolve power as a SHARED RESPONSIBILITY to the grass roots.

One of which was no private funding of parties for Elections. A fund based on the number of the electorate registered, to be split equally between all candidates.

One of which was a re-call at every level of Public Office. A form of oversight.

One of which was lowering the voting age to 16. Inclusion of the young because they are not represented, and quite often are very well aware of the issues of the day, and yet excluded.

One of which was introducing Democratic Power to students in secondary Schools, to give them a responsibility and voice on matters that affect their lives. You cannot exercise or share Power unless you have some MEANINGFUL practice.

A NOTA segment on the ballot box. We ought to be able to register non-confidence in those offering themselves up for election.

And much else besides....

The Three 'leading parties' Lab/Tor/LibDem attended the conference in 2006, and praised the initiative and content of The Power Inquiry report, before an audience of more than 500 people.

Two days later, they dismissed the Power Inquiry as 'impractical.'

And this has been carefully ignored by mainstream media, because it was and still is intentional professional cruelty designed to undermine REAL democratic intelligence within the UK.

The Greens, SNP and Plaid are gaining ground BECAUSE their policies are HUMANE, above all else.

The issue of voting/not voting is being manipulated to mask this cruelty and intentionality.

That The State and Established Power are willing to be cruel to protect, enhance and expand their power is OBVIOUS - Iraq, Libya, Syria, Yemen, and our own bloody history (when read accurately, away from school texts and media history programs).

The treatment of Greek Resistance fighters post liberation of Greece, by UK Military and State, ought to be standard subject in school Histories. The UK Military and UK State enlisted those within Greece who had collaborated with the Nazis to slaughter those who had resisted on the basis that the resistance was largely populated by 'communists'.

They plunged Greece, Africa and Iraq into a nightmare of Authoritarian Government proclaiming LIBERTY! They KNEW exactly what they were doing, and remain unapologetic about it.

Russel Brand said WHY he doesn't vote, rather than urging people not to vote per se.

And his intention was misrepresented. Willfully misunderstood.

I will vote Green, not because I think the Green candidate can win, but because the Green Candidate represents a humanist approach that is humane, that is kind, that is more empathic and that is practical, and I'd rather lose standing for that, than win a Pyrrhic victory claimed by excluding the Tories from Government, when in fact Government is the entirety of Parliament and Local Councils, and our acceptance of them as our Rulers, with the grass roots excluded from real decision making.

I vote for the entire community, not for my special interest,or traditional alliance.

I vote because I think on these matters, deeply and I care about all the people in this country, non excluded.

And I vote Green because I despise the political culture, in power and on the streets, that enables the protection of serial pedophiles in Church and State Institutions, the cover-ups, the wars, the profiteering, the lies.

I am not hopeful of an outcome based on one election.

I am hopeful because there is a growing awareness of all that I have indicated above, and it will continue to grow, year on year, generation on generation.

I vote thinking of long term outcomes, thinking of my grandchildren and their contemporaries.

I totally get why so many people do not vote, and I would not dare suggest to them that they are incorrect, given all that I have indicated above.

The only reason we know what has been going on is because brave SURVIVORS broke the stories, again and again and again, in the face of opposition within the Police, within Councils, Schools, Churches and the great offices of State.

We all need to think and think again on this. Not least because we are adults with a core responsibility towards each others welfare that defines our very humanity. Whether we like it or not.

We need to act as mature responsible adults. Way beyond mere voting.

Kindest regards
Corneilius
"Do what you love, it is your gift to universe."
This blog, like all my other content creation work is not monetised via advertising. If you like what I present, consider sharing my content. If you can afford the price of a cup of coffee or a pint of beer/ale/cider for a few months, please donate via my Patreon account.
Thank you for reading this blog.
https://patreon.com/corneilius - donations gratefully received
https://www.reverbnation.com/corneilius - .mp3 songs
https://www.corneilius.net - archive
https://www.soundcloud.com/coreluminous - .wav songs