Take all the bullying out of Capitalism, what is left?

When folks claim that Humanity is a harmful species I remember this ... bully any species, and dysfunctional behavioural dynamics will present. 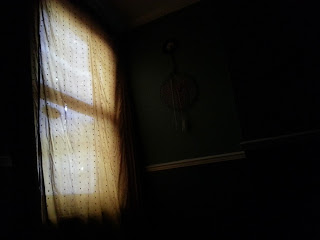 Institutional Bullying is a culture, an experientially learned behaviour set, with a reactionary tendency to justify behaviour, rationalise harms caused in order to avoid accountability and thus maintain status.

If a bully builds a social structure, that process will Institutionalise the bullying.

Thus internalisation and projection form a large part of the behaviour.

The adult projects (religion, ideology, unresolved feelings) onto the child, the child internalises that experience to 'fit in'...because they have no other choice, because their bodies and behaviour is developing all the time.. learning through direct enviornmental experience, wordlessly.

Do not conflate Capitalism with Trade.

Capitalism is about the concentrated power of Capital, aka Wealth, as a political hegemony, as a Ruling Ideology. Communism was the same thing, just a different season.

Concentrated Power, as we know it, is a bully dynamic.


Here's a thought experiment - take all the bullying out of Capitalism, what is left?
The same question works with Islam, Christianity, Judaism, NeoLiberalism, Socialism, Communism...

There is no 'British People' as a thing, only as an abstract.

The 'British People' is a bunch of individuals and families who happen to be living in Britain.

They THINK they are part of the thing that does not exist - 'The British People', because it is an abstract, a concept posing as an adjective, a noun..

There are no Irish, no Welsh, no Scots, no American 'People' as a thing.

The Soveriegn State is not some immutable, inevitable law unto itself, that can be imposed on those who just happen to live there - it is an out-dated mechanism of conquest.

When the ordinary tax payer who funds government directs policy, then we will have the beginnings of a State of sovereigns..

Taking back control: from the perspective of the UK must mean indicting Tony Blair and all others who enabled the Invasion of Iraq; likewise in the USA. Everything else is ceding control to the bullies.

If you do not understand this, then that is that.

Thank you for reading this blog. All we need to do is be really honest, responsive to the evidence we find,and ready to reassess when new evidence emerges. The rest is easy.
No comments:
Email ThisBlogThis!Share to TwitterShare to FacebookShare to Pinterest
Labels: Brexit., bullying, Capitalism, iBUllying, Institutional psychology, Instutionalised Bullying, projection, religion, Socialism, Trump

Race, Hierarchy, Language and the bio-logical health of the human species.


A few insights into the problems posed by wide spread misunderstanding of human social behavioural dynamics.

1. There are no Races, only language groups. Skin colour does not predict language, language is a local emergent phenonemon,  and varies vastly acorss the planet, apart from where a language is spread by conquest or occupation. 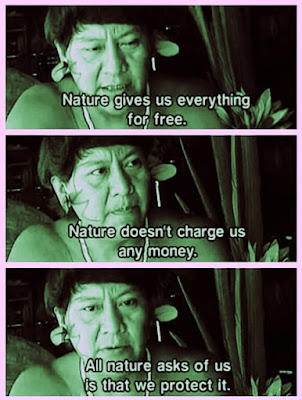 2. There exists a pre-historical and historical material spectrum of social organisation, ranging from egalitarian through to hierarchically violent, with the varying behavioural characteristics associated with each.

4. We humans thrived for millions of years because we were biologically healthy - that means secure attachment bonding, robust sense of self within strong kin relationships, co-operative effort and autonomy plus the sensory capability to read the environment, accurately, and adapt to change accordingly.

5. We, typing these words, live within an Institutionalised Hierarchy of Violence.

6. That Hierarchy has had the gall to rename the 'natural' world and it's processes as both separate from Humanity and Civilisation, (to objectify and commodify) to utilise it as a scapegoat, (onto which it projects it's own brutality, lust and position in the power chain), whilst also suggesting their hierarchical behaviour is as 'natural God given aggression', weaving into Darwins vague observations the ideology of survival of the most violent as a natural dynamic, repositing it as survival of the fittest State, Military, Corporation. This institutionalised objectifyication has a history, and no pre-history. The Warrior Gene. It's all false assumption.

7. Most of us have been educated and indoctrinated to one degree or another, by the Hierarchy, and to that extent that we have internalised that 'education' we are divorced from some of our healthiest human perceptions.

And because indoctrination is always psychologically invasive, and because infants, toddlers and small children have no defence agaiunst such invasive practices, not least if practiced and enforced at home, where the child's psyche ought be wholly safe, respected, honoured the process becomes unconsciously transmitted down the generations as 'normal behaviour'. It gains momentum, traction with each successive generation.

8. That's a lot of shit to deal with, plus the war! (the fact of war has a huge impact on social relations world wide)... I think of the billions of people who have been exploited, indoctrinated into furthering the expoloitation. I think of them, and the bullies who have the power to bully millions of people at a time. I know who I hold most responsible.

10. The problem is technical in as much as who becomes involved in policy decision making with regards to shared communal resources of any kind.

example : Any group that has persisted on undeveloped land for unknowable times must be seen as the legal stewardsor inhabitants of that land. They must also be understood - they see and experience themselves as part of that environment, not on it, or in it.

Any entry into those lands has to be for the local societies to determine, at every level, in all apsects.

11. It is absolutely the case that White European Empire and Conquest has a long and bloody History, and has been the primary driver of extinction of human societies and culture within the past 600 years....

12. White people often object to critiques that lay out the human cost of that expansion, because they have internalised so much of the cultural identities provided via indoctrination that any critique of the culture FEELS like a personal attack.

White Elites manipulate that to the hilt.

So too, do all bullies. It is a standard bully tactic.

There are no archetypes, no Races, only living human beings, in a specturm between natural and institutionalised societal dynamics.

Here is what one group of pre-conquest societies offer as an insight to their needs...

1. To live like Asháninka Sanori
2. To live eating what we know.
3. To live secure and serene in the territories we have always lived in.
4. To live in peace, without suffering from Terrorism
5. To live better, producing [cash crops] in order to buy what we require.
6. To live healthily using our own medicine and also well attended by the health post and the mobile medical brigade.
7. To live with education that will help us improve and empower us as Asháninka.
8. To live well with an organisation that listens to us and defends our rights.

I came across this through a good friend, who has just finished a Masters Thesis on the issue of 'sustainable development models' being activated by Climate Conscious NGOs whose own relationships reveal contradictory behaviour...

Philanthropic behaviour that is claimed to be one thing, at face value, yet upon examination from the perspective of the 'un-developed' society and other material ecological criteria we see repeatedly failure to listen to those people, to see them as 'equals' or to engage with them as land tenure holders...

The urge to assimsilate, to Chritianise, to impose socio-economic status as a measure of well being: such help which is all invasive, no matter their claims to be for the benefit of the target groups.

They understand logging as Terrorism, mining as Terrorism, not least because the methodlogy of both demands disturbing the ecological balance, and clearing the land of those who inhabit it....by force or by deceit.

In my opinion, all areas inhabited by pre-conquest cultures, or pre-industrial cultures must be ceded to those communities that are truly native. extant, thriving...

Across the world, Aboriginal societies are at best afforded flimsy tenure of the surface, yet the subsoil and rock is 'owned' by the State.

This allows the State to legislate exploitation of the sub soil domain without referal to the native societies...

Thank you for reading this blog. All we need to do is be really honest, responsive to the evidence we find,and ready to reassess when new evidence emerges. The rest is easy.
No comments:
Email ThisBlogThis!Share to TwitterShare to FacebookShare to Pinterest
Labels: animism, hierarchies of power and violence, humanism, humanity, language, race
Newer Posts Older Posts Home
Subscribe to: Posts (Atom)