Listen to a radio interview I did for Reverb Radio in Brighton, on Saturday 13th December 2008, after a wonderful gig and great all night party @ Zu Studios.....

I am encouraged when hearing how many people are learning in their own lives the lost art of listening to children, and how again and again we discover that innate intelligence is the norm, the natural state.
This culture is merely a measure of how far from that state we been pushed,  manipulated, led, or indeed beaten and have adjusted to simply because there is no other option, bar violence - and we know violence does not bring peace - so we quite sensibly avoid it.. As ordinary folk we have no comparative power with which we can change the culture, unless we are fully in solidarity with one another, as human beings, as people. 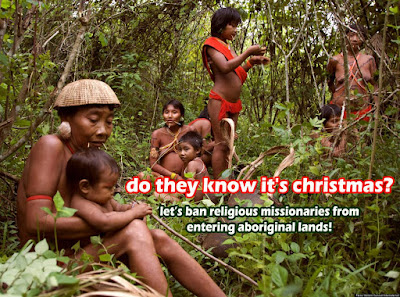 I understand the entities we know as the state, the church, the bank, the military and many other institutions that wield power over peoples large scaled up dysfunctional families with angry, violent and abusive parents who try to hide the truth and keep up the appearances of ‘normality’ and a captive population that falls into the roles of children trapped in that family.

I have found that correlation can help to explore than then articulate an understanding that the macro psychology is built upon the micro psychology, it's the same behaviours scaled up to institutional levels..

Fractals of conditioned behaviours, ripples on the surface, currents in the deep.

The Hierarchy of this 'culture' is constantly re-adapting it's presentation in the face of repeated liberation of perception.

The controllers of that adaptation and the institutions they utilise are populated by people and structural entities who have been trained to work in the creation of what becomes the cultural narrative.
No-one is outside the systems reach.

That's the idea, at any rate. Education and Marketing in combination ensure that the psychological messages being are being tested, and as they refine the content more are are taken up,

Wearing obe down..
Breaking the spirit. As it ever was in the elite education methodologies, based as it was in their child-rearing practices from which it sprang.
"Give me the child until seven years have passed, and I will give you the man!"
The history of the documentation and dissemination of child rearing practices is also the history of Empire.
The first books of that nature, manuscripts written for the families of the elites, were the equivalent of military rules of engagement, for there was an enemy (the child’s natural sinful state), there was weaponry (corporal or other cruel punishment), there was a methodology (the subjugation of that spirit) and a goal : the victorious master would 'produce' a useful member of the Empire.
One who actively accepts the indoctrination and subsequent submission to authority.
Beyond that, from the viewpoint of those who set the state systems of education in place, the utility of education is minimal.
The variations that are allowed, so that the system looks like it is changing, simply enable the infra-structure of human occupy-able industrial relationships (jobs) to be built into and within the systems of bureaucracy, and control and by giving it the appearance of ‘work‘, by creating the concept of ‘career’, all of which follow on logically from school, and by then applying that to the most ludicrous of activities, (sanitation engineer = janitor!) with varying rewards upwards for more blind obedience, by doing this and more it is ensured that most people are hoodwinked and taken in by it.
Absorbed. Work is the problem. Shopping is designed to make too much hard or pointless work seem like it is worth it, by virtue alone of the money earned, and what proportion of that is 'disposable' .
By hyping the reward driven activity, (mortgages to buy house to make money) hiding the slavery, with ever shorter durations of that feeling of well-being that comes with shopping and consuming, before another 'hit' is required to mask again the un-ease the psyche feels in this occupational vice.
The roots of much addiction.

Wars are being fought over resources that are needed to keep the shopping going. Stop Shopping!

Shopping can be done with tomorrows resources too, which means we are already disposing of our children’s children’ s resources - a fatal and somewhat genocidal gluttony!
Rain forests are fast becoming human excrement, destroyed daily to enable a constant flow of burgers, animal feed and waste paper to be made in huge quantities so that every child can taste a Big Mac! Stop snacking on processed foods!
It really is that simple.
We are losing connection with each other, with our children, our parents, our brothers and sisters, because our time is increasingly taken up with work and shopping (which includes consuming and waste disposal as well, just to complete the cycle!) It is that simple.
Any child will see that, clear as daylight itself. On a sunny day, of course.
There’s just so much to do, and so much being to experience…….
Grow your own food as much as you can.
Spend your living time awake to nature's gifting.
They duck when shoes are incoming! Stop bombing other peoples countries and cities and towns!
I hop you all have a nurturing time, and that you are nurtured...

John Taylor Gatto on Education and some historical background.

ARE YOU A DEVIATE?

No comments:
Email ThisBlogThis!Share to TwitterShare to FacebookShare to Pinterest

Reading the news stories about victims and abusers, writ large in society, writ in detail in families, schools, at work, at play and as cannon-fodder to this or that belief system, that ideology.

Mumbai, a case in point. Previous events like this have taken place in India, and many. Only they seemed to have almost exclusively occurred in areas where only the ultra-poor, the poor live, and a few occassions in places where workers and low middle class pass.

This is the first 'hit' on the rich sector of Indian Society.

I have recently re-read "Shock Doctrine!" by Naomi Klein. Worth reading, as it makes clear the relationship between the economic ideology of neo-liberal trade, it's implementation and war in the 20th and 21st Centuries.

If this terrible murder spree was a shock, inflicted with intent, then what of that intent?

Until we know exactly who sponsored this crime, by way of a clear and fully open investigation, with immediate effect, by the Hague International Criminal Tribunal, the kind of investigation the US Government so studiously avoided, mandated to arrest those responsible for the commissions of war crimes, such as sponsoring armed groups, armies and paramilitaries in wars of destabilisation in Sovereign Countries.

In the meantime check with democracy nows really insightful and frank exchange of views from people who have direct knowledge of India, many years of experience and a sound comprehension of what has taken place in Mumbai. Their explanations make more sense than anything the media has uttered.

Makes ya think, does it not?