Political Grooming Gangs - you should be appalled. 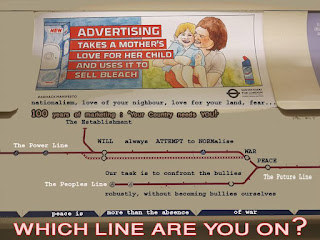 Let's be real here - let us be calling out the behaviour of political grooming gangsters.

Update : 6/11/19  An article by Aditya Chakraborrti in The Guardian expemplifies the grooming dynamic in action.

Now We Have Proof : The Government Used Your Money to Lie About Poor People.

and an article on Black Isle Media, which shows examples of the ad campaign itself. Very interesting background on this piece,,

The DWP ran an ad campaign in The Metro paper, that cost £250,000 or so, that was designed to deflect from evidence that the policy was causing harm, by subtle blame shifting onto the very people being harmed, the no-income and low income poor, disabled and vulnerable.

From the Guardian article :

"Early this summer, a national newspaper published a string of curious articles.

Under the logo Universal Credit Uncovered, the features promised readers of the Metro the truth about this most notorious of all benefits.

The series began with a giant advert wrapped around the cover of the paper, coupled with a four-page spread right in its centre, and continued week upon week for nine weeks.

Launched by the Department for Work and Pensions, it was an unprecedented attempt to salvage the reputation of a policy that had been attacked by MPs on all sides, plunged families into starvation and homelessness, and driven councils dealing with the fallout to call for its abolition.

That suffering across the country was dismissed by the DWP as “negativity and scaremongering” in an internal memo I saw and reported on here weeks beforehand.

Signed by three top officials, it described the campaign to the Metro’s 2.5 million daily readers as “very different to anything that we’ve done before”.

The civil servants crowed over how readers might be deceived into treating the advertorials as independent reporting:

“The features won’t look or feel like DWP or UC [universal credit] – you won’t see our branding … We want to grab the readers’ attention and make them wonder who has done this ‘UC uncovered’ investigation.”

"What the government has effectively done is use public money to gaslight poor people, denying the reality of what has been done to them.

In its eagerness to push its gargantuan failure of a welfare policy, it has swept aside the truth and peddled lies.

Politicians, campaigners and journalists have all pointed out how Rudd and her DWP predecessor Iain Duncan Smith have done so – and each time we have faced breathtaking defensiveness from a Whitehall department that is meant to be working on our behalf, rather than for the Tories."

"We stand at the edge of an election campaign, a period traditionally marked by half-truths, plausible fibs and outright partisan lies.

Yet even amid the discursive sewage that is about to deluge us, this deceit is far different and vastly more serious.

First, that campaign was paid for by taxpayers like you and me. The DWP’s own filings show that £225,000 was paid to the Metro to run ads now declared “misleading”, “unsubstantiated” and “exaggerated”. Almost a quarter of million pounds was taken off us to lie to us."

So there again, professional marketing techniques, huge budgets and deliberate tactics to mask a harm causing policy and to scapegoat the people the policy is purporting to serve, even as they are harmed by it.

Think again about the £100 million spent on marketing 'Get Ready for Brexit' - on all commercial radio stations, 24/7, in schools and in every access point they could muster. That budget is 400 times the budget for The Metro campaign.

Political grooming is big business, and big business is benefiting from it whilst ordinary folk are impoverished and disempowered by it.

It is appalling behaviour. It is not new.

What is new is that we have a more detailed knowledge of how this works, a detailed paper and money trail.

Edward Bernays ; "The conscious and intelligent manipulation of the organized habits and opinions of the masses is an important element in democratic society. Those who manipulate this unseen mechanism of society constitute an invisible government which is the true ruling power of our country. ...We are governed, our minds are molded, our tastes formed, our ideas suggested, largely by men we have never heard of. This is a logical result of the way in which our democratic society is organized."

The People must be instructed, trained, tamed and organised by wiser people.

It's merely a bully rationalisation. It's meaningless drivel.

The ruling class will dress it up, calling it Public Relations.. ensuring the messanger is. 'on message', communicating the brand', hitting sales targets to gain bonuses, it's fun time all the way to the bank! 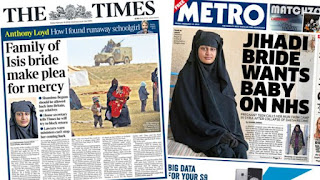 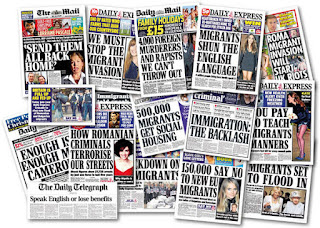 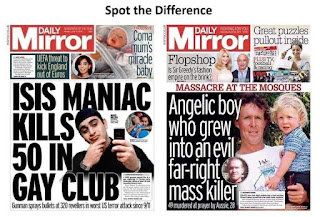 Deliberate targeting known vulnerabilities, insecurities, prejudices, exacerbating them to elicit reactions that are then exploited for political and economic advantage .

The dehumanisation of poor and low income people who access state benefits and support... a deliberate narrative produced during the legislative process that instituted Austerity... 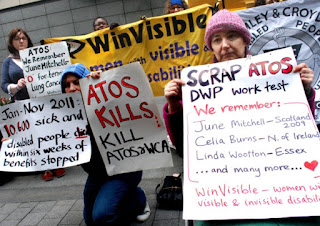 The wide spread fact of the operation of political grooming must be addressed.

I think was alone, during the EUref, in writing and publishing materials pointing out that altering legislation on the basis of opinion was unsound, and that the deliberate framing of the question in opinion was in fact a set up for politically motivated tactical grooming.

We have so much evidence to support this view.

We know that for many years now, political campaigns have targeted specfic fringe demographics, including conspiracy theory, nationalism, inter-group perceptions of favour,  far right and xenophobic groups... all groups who would rarely vote, but if one could trigger them into voting, they would swing the outcome, if not just merely confuse the issues,

Just like all the other gags the Ruling class pull work. Religion needs your cash! 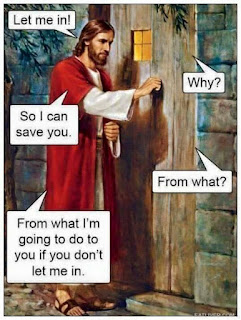 There is no healthy democracy where targeting known vulnerabilities to exploit emotional triggers for political gain is a common practice.

I am appalled at the lack of emotional intelligence around this.

You should be too.. very appalled.

It's obviously mental bullying of the worst kind, with lethal results.

Here's a track I created to articulate the realities of grooming.

Thank you for reading this blog. All we need to do is be really honest, responsive to the evidence we find,and ready to reassess when new evidence emerges. The rest is easy.
1 comment: Links to this post

There never was any cave-men, or 'primitives', ever. 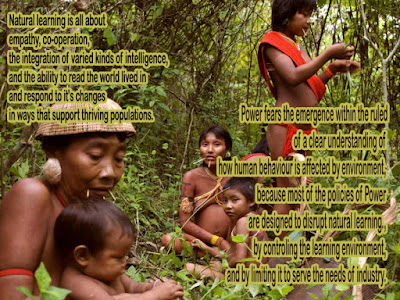 Almost no-one within the Institutionalised culture understands the fact that
a) there were never an cave-men ug ug alpha males brutish stage of 'humanity' - we have not evolved from 'primitive' to 'advanced' in terms of sociality... there is no evidence supporting such a behavioural 'progression'.
b) the bulk of the past of human species are the life stories of billions of perfectly evolved people, evolved to love, live, nurture, create sweet lives (understanding that this means dealing with things like accidents, illnesses, deaths, changes in weather, environmental changes in creative ways that enabled them to continue living and thriving) utopia-free. as in it was not an IDEAL, it was a living reality.
c) there is no biological evidence that suggests that predatory, violent hierarchy is natural, healthy behaviour or that it is anything other than a pathology, a disease state, a presentation of severe and long term chronic stress and traumatisation, that is cylical, in that the behaviour tends to pass down the generations until it is healed.
d) So few people are willing to accept that the optimally healthy biological human being is mandated by the very design of our bodies, our sensory systems, our cognition systems, by how we develop from seed to mature adult by learning through direct contact and experience in the environment that we call 'the wilds' or 'nature' where the context is a dynamic of incremental increase in environmental fecundity.
Healthy humans nurture the environment, they do not pollute or poison the environment.
I detest the spiritual world view that holds that the tryanny and abuse being meted out is part of the story of Human Consciousness Development, from primitive to evolved, all is in place, and our task is to work through it, survive it, and ascend. Or our task is to comfort the afflicted.......
This is both a fantasy and a betrayal.
See how easy it is for people of Spirit to 'rise above it all' yet remain fully institutionalised.
There is only one thing to do - de-colonise,
De-colonise, and come home to Earth.
ps: I can de-colonise and still use my tech tools, but I probably won't want to pay a mortgage, support wars or work for bullies.... it's really quite easy, as I are already evolved to nurture - I just need to learn... to heal... to return.. to nurture here.
No Ascension.
It's ALL here.

Party Whip. What is that? Why is it even a thing?

Democracy - we so need to abolish the role of the Party Whip, and dis-establish the Party Whips Office in Parliament - it is 100% anti-democratic.

No argument. Completely Ant-Democratic, in spirit and in action. Amoral Pragmatism. 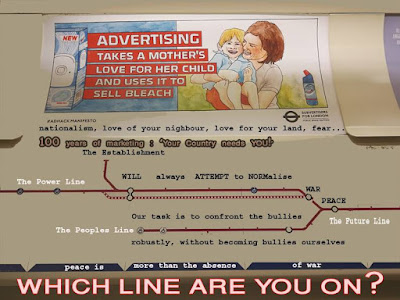 The Party Whips Office is an official body within Parliament, and is a body charted to enforce 'The Party Line' in the most vague terms, allowing for unregulated, secret coercive behaviour (alluded to, yet never subject to oversight, let alone exposure by formal disclosure) which will quite often be in opposition to the will and intent of the whole of the constituency the MP represents but more fundamentally, in opposition to the very notion of Democracy itself,

Because the MP is representing the entire constituency, not merely those who voted for that MP.

The MP represents groups of people who live together, and who do not agree, ot who see things differently, from different experiences, etc...

The MP is a bridge, - between the people, as they are,  and the law making Parliament, as it is, and that role is acclaimed by all, world wide.

That said, an honest, democratic MP cannot serve both the full constituency, and the Party, unless
they are somehow aligned..  and if they are not, then why are they not talking about it in ways to resolve what business lies before them?

She knows this. She's suggested this. Who?

Never, ever, ever, ever mentioned in the straight-world media or school historical texts, no BBC Documentary will reveal this,... no one is allowed to even think about, let alone question that 'tradition' in the 'mother of all parliaments' (a whopper, a Big Mac of a Lie - it is not the first of it's kind, anywhere).....

The Emperor has No Clothes.

We Have No Functioning Democracy.