Battle of the Billions. Whose Billions Rules, whose Governs?

Billionaires, Wealth Funds, Tax Havened Wealth - people and organisations that have amassed vast fortunes, harvested from the general population, via the industrial consumer culture, which involves exploitation of any number of environmental and human vulnerabilities, through predatory economic systems owned by established Oligarchies...

Capitalist Billionaires use their Billions as political tools, to promote their continued status as economic and political hegemons, as rulers...

Churches do the same, of course... both Institutions collect funds from the 'faithful' which are used to enhance the status of the Institution. One pretends social service, the other spiritual service.

Their urge for vast wealth is not some personal flaw, it is not a banal greed for money itself, as much as it is the need for a very large fluid budget ie - the money, to feed and exercise the Power.

Capital is the unspoken Political Party, and we find it's comrades in every party, in every area of concern to Power.

Because some people conflate Capitalism with the Industrial Factory system, with trading, with the day to day business of working, buying and selling they can be frighted by calls to 'End Capitalism!' because it seems to them to mean end of all production, end of all luxuries and modern conveniences plus total social breakdown. It does not.

Ending Capitalism simply means confronting the Corporate Financial interference into civil and legislative matters of the commons, and it means confronting it in order to disable it, whilst taking up the shared tasks of healthy Governance.

Capitalism, and others, generally funds small actors in all sides of every mainstream discourse or problem and equally often they are silently supporting various extremes, on the sides of the angry, on the violent pushing and shoving of belief, faith and tradition, all  of it competing with evidence - it works,  it fosters division.

As we see in competing identity politics - Brexit - distracting from the bullying which people who are 'different' are so often subjected to, often with mainstream media approval.

This in an age of better informed citizens where beleif, faith and tradition are exposed to the light of evidence, and are found wanting,.

Power cannot be exercised unless one has an appropriate budget.

Capitalism is the political ideology of Wealth Rules All.

It is not factories and shops, even thouse do occur in Capitalist systems..

Capitalism is political rule by Oligarchs and their private wealth.

When we realise and understand that all taxation originates with and belongs to the ordinary citizen and is held in trust by Government, we can look again and perhaps see that we do have the economic and legislative tools with which we can regulate the Oligarchs.

All the wealth of Billionaires originated in our shopping, our working.. time to take a stand, a rational, evidence based stand.

Our Taxes, Our Billions, our Legislatures, our Judiciaries, us organised, our Political Power...

We must take up the challenge, and occupy the legislatures, the judiciaries, the civil service, the other services, and do so democratically.

We must organise to fire the Corporate placemen and women.

Do business, we say the CEO, and stay away from Civil Governance..

Every business profits from civil infrastructure, education, health systems, reseach so they ought to consider it a privilege to operate in the commons, rather an exploitable opportunity, a predators prey scape.

It's a privilege to be an operator in the commons. And there are responsibilities with that privilege. Do no harm, cause no toxic spill.........etc.,
An important step to confront the Billionaires is to assert control of our taxes as a collective, as 'our billions.'

And the only safe way to do that is to bring politics into the 21st Century of evidence, out of the dark ages of belief and opinion. Penalise lies in  public office severely.

The Commons demands those who avail of it cause no harm, to the commons or to any other. It demands that the use of the Commons is transparent.

As a citizen, I appeal to all other citizens, as a tax payer I call to all taxpayers, to see that the collected taxes are our billions, and we must deploy them well, to nurture society by nurturing all the people and the environment.

The profit of our endeavour is happy communities, of happy people, who are free of chronic stressors induced by politics or economics... 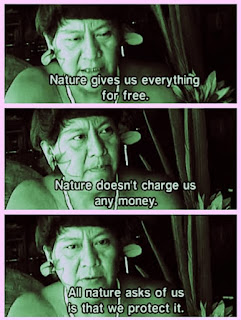 It's not about what party will do what, it's about who will take up the task, on our call, during our watch, with our budget and our full support, to rebalance our social systems in favour of nurture.

Thank you for reading this blog.

All we need to do is be really honest, responsive to the evidence we find, and ready to reassess when new evidence emerges. The rest is easier as a consequence.
No comments:
Email ThisBlogThis!Share to TwitterShare to FacebookShare to Pinterest
Labels: billionaire, billions, Democracy, taking back control, tax billions, taxation, taxes
Newer Posts Older Posts Home
Subscribe to: Posts (Atom)