Resolving the problem of School Shootings.

I am appalled at the slaughter of children by children.

It is utterly unspeakable.

What is clear is that the adult world is wholly responsible, in both cases.

Therefore the adult world must be made accountable for all that harm, trauma, blood and guts, maiming, terror. The adults must confront the nature of the power system, which is based on competing powers, and how that afflicts governance and people's lives.....

It has to stop.

It cannot stand as inevitable.

The children are innocent.

The only way to resolve the problem of school shootings is this.

You cannot solve a problem one has created, using the same consciousness that led to that problem in the first place. The radical goes to the verifiable evidence, is ruthlessly honest, and identifies the root of the problem.

Do with it what you will, it changes nothing in terms of the quality and accuracy of this observation of a social power dynamic.

Thank you for reading this blog. All we need to do is be really honest, responsive to the evidence we find, and ready to reassess when new evidence emerges. The rest is praxis.
No comments: Links to this post 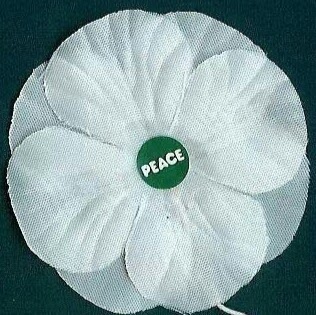 "In a society that has institutionalised a hierarchy of lethal violence, a predator mixes in with the crowd, and in an egalitarian society, the predator sticks out like a sore thumb."

Families and communities lived and thrived in the city of Homs, before the war, which was escalated by the indirect support, materially and logistically, of violent militia... paid for by UK, US, Saudi and Qatari Tax payers...
1, We can see that the Ruling culture of Europe, before World War I, and II, was that of competing powers, all militarised, all seeking to enhance and expand their power and economic dominance through violence, intrigue and commercial exploitation of other countries, their peoples, and of each nations own people.. (take a look at the propaganda to support WWI in England and in the USA, where the majority of the working classes objected to war, but needed to be persuaded, manipulated into becoming cannon fodder ).. That culture of power that intentionally manipulates a population into mass violence was and remains a pathology, a disease, a sickness.... "In a society that has institutionalised a hierarchy of lethal violence, a predator mixes in with the crowd, and in an egalitarian society, they stick out like sore thumb."
Thus ultimate responsibility cannot be placed in any one countries, or on any single Rulers behaviour, but on all, equally. Hitler was not to blame, alone, for WWII. The responsibility lies with the system of competing militarised powers...
3. That so many died then, and are being murdered, maimed and displaced today by this dynamic of competing militarised powers is indicative of a pathology. The UK and US escalated the violence in Iraq, Afghanistan with direct military intervention, and indirectly in Libya and Syria..... what does that tell you about the prevailing culture of rulers, and the submission of their populations to that culture of violence that we, as tax payers, fund?
In England, income tax was introduced as a way to fund the Napoleonic Wars, as a temporary measure. We are still funding war. We are funding and enabling psychopathic behaviour, and people are being harmed... No one in the mainstream, few in Academia , none of the institutionalised state religions will acknowledge this truth. Why?

Let me get straight to the point here. 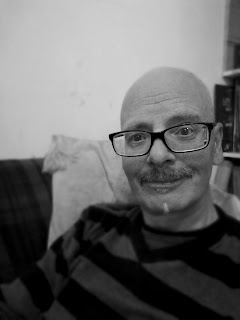 Survival of the Fittest is a caricature, one which when taken literally and applied to human social behavioiur voids the evidence base and replaces it with a violent mindset that runs counter to sociality as a ,marker of our species.

Human Rights are privileges granted to or negotiated for by the grass roots from Power within a violent hierarchy They can be withdrawn at a whim. As they frequently are. As the DWP in the UK are so ably demonstrating in their treatment of disabled and vulnerable people.

Our most natural expectations relate to life within a egalitarian setting, which is our innate biological mandate. More on that below.

Human Rights Law does not protect or nurture, it is a sop to the concept of Justice rather than a robust framework for justice.


”One of the most famous proponents of individualism as a moral project was Herbert Spence.


His ideas on liberty were derived from natural science (he originated the term ‘survival of the fittest’ some time before Darwin published ‘On The Origin of Species’). Individuals and societies prospered alike according to competition, he argued. In nature those who worked and overcame the harsh natural environment flourished, whilst the weak lost out.


In the modern world economic competition took the place of nature. Pure liberty consisted in everyone exerting his or her energies for private selfish ends; the outcome of self interest would result in harmony, the free market naturally supplying all the needs and wants of a diverse population.


Every citizen had a moral duty to better himself independent of of hindrance or help alike from the state. Any attempt by the state to help the poor might seem benevolent, but it would in fact have disastrous consequences…


To help the poor then would diminish liberty, and liberty of action in the economic field was the ‘vital’ condition of a progressive society driven forward by the unrestrained exertions of its members. Any theory of freedom should contain the freedom to fail, even if it was painful to members of society to witness the deprivation of their neighbours.


Relief of poverty would make the lowest members of society dependent and therefore less inspired to work hard.


’Society in its corporate capacity, cannot without immediate or remoter disaster interfere with the play of these opposed principles under which every species has reached such fitness for its mode of life as it possesses, and under which it maintains its fitness.


Written in the age of Darwin, these words had an immediate resonance. They were also familiar from the language of modern political economy and Protestantism: that of self-reliance and self-abnegation in the present for benefits in the future. It was the idea that the world was so ordered that the industrious enjoyed the fruits of their diligence while the slothful and immoral were visibly punished in this life by the rags of poverty.”


So there you have it, the core psycho-social justification for the impositions of the DWP, Nudge Theory; saving the tax payer money, ‘improving peoples behaviour’ are merely the device used to cover it.


The poor are to be punished for being poor by removing any support provided by the State, the seriously wealthy to be rewarded with access to Power to impose their will which necessarily meets their needs above all others…. the fact that poverty is an outcome of unjust social systems, (unjust because they are rigged by powerful networks of established power, economic, military and religious/ideological to meet the needs of the powerful - their need to maintain dominance over the State and the people)  is ignored, and denied.


”Liberty was the space that modern man had to expend his energies and talents; the outcome was natural justice - survival of the fittest.”


This remains as the base of Neoliberalism, and is also a widely indoctrinated and internalised value - survival of the fittest, adversarial competition, alpha male, nationalism, flag waving, misogyny - across the grass roots of the dominant culture, and it is, of course, utterly false and deeply toxic. It is also a frequently applied post hoc justification for immense cruelty. 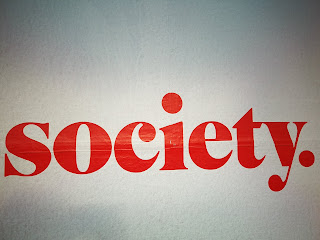 So what to do with all this?


Huge question, and here are a few rapidly written ideas to start working with...

The main thing is adult child relationships, and how we heal those traditional dynamics of parent as authority, and child as possession, or subject.

That says a lot, to me, about the social and institutional psychology of England, and all that English power has influenced.

The healing is under way. It is slowly emerging, as accurate information, science and experience, is being shared across the grass roots, through a myriad of communication channels. Shared knowledge, shared insight helps with the recovery process.

On a personal level one has to focus on evidence, and be able to discern disinformation, deliberate or misled. That is key, learning how to think for one self, and how to question, check, confirm, debunk - that is for the education system and parents to deal with in the first instance... but it is also a best standard practice when using the net or a library...

Abuses are being confronted,all over the world, always by the Survivors in the first instance, and their advocates, and with some minimal support from Society and the grass roots, who tend not to get too involved - eg: the Vatican and other Institutions issues with protecting their status by covering up abuse - that should be a matter for ALL people, not just those directly involved... Iraq War Crimes, again a matter for ALL tax payers in the UK, whose taxes funded those War Crimes.

We need to shift away a little form single issues, and zone in on bullying behaviours in any institutional setting and confront them for what they are. and at work, at play.....

Racsim, Sexism, Genderism, Sectarianism, adversarial behaviour, it's all bullying.... each with it's own set of false assumptions and falsified rationalisations. An action rationalised by some text, that ignores or seeks to mitigate the value of the harms caused is falsified....

Indoctrination of children must be outlawed, it must be rejected as the intrusion into the mind of the child,  abrogating the rights of the child.

Change comes over generations, each must put their back into the oars and row that boat further on it's voyage...

There's more too; permaculture, ceasing intrusions into the lands of aboriginal peoples, acknowledging those cultures, and their land tenure as valid and sustainable human cultures. Learning more about the biology of egalitarian behaviour, of mutual nurture systems, our most basic mode of life…

I see this work, this healing, this struggle and effort in the historical context, going back to before writing, way back before Empires, Kings, further back to ancient aboriginal cultures world wide who lived sustainably, in good health, for hundreds of thousands of years and who, in spite of being called 'primitive', nurtured the world whey were part of... enhanced it.... they were gardener/gatherer/hunters ..... they sowed wild seeds of all available food plants as they roamed,. reseeding each patch, ensuring future food supplies.... obviously.... what matters is that their relationships were unsullied by oppression, and tended to be closer to the biological mandate for sustainable healthy human social behaviour....

It is those relationships we need to re-awaken, and they will then alter the existing culture, over time....

Thank you for reading this blog.

All we need to do is be really honest, responsive to the evidence we find, and ready to reassess when new evidence emerges.

The rest is easy.
No comments: Links to this post