Hype is a clue. Always. Rotherham, Race and predatory abuse. 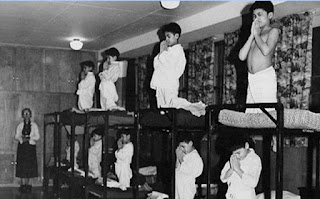 It's a behaviour pattern.

A pattern of behaviour..

It's not skin tone related, nor is it genetic, and it is certainly an unhealthy behaviour, even though it is frequently institutionalised within violent hierarchies.

It happens in homes, institutions, criminal networks, in private.. it's a cultural marker, as much as is Commerce or War,

It happens to be Institutionalised across the corporate and religious domains.

It's a behaviour pattern.

Pedophiles - one variation of the predatory psyche as it is expressed within this culture - will insinuate themselves into the lives of those around the target, so that if the target speaks out, it threatens the circle of trust and they cover up, deny, run him out of town, but keep it quiet... They will also seek out targets who are abandoned, neglected and present with other vulnerabilities,

When the council's are running 'care systems' that routinely fail vulnerable children, then it's obvious that that predatory cohort will be targeted.

Predatory criminal behaviour is the key here, not skin tone. Volition, the choice to abuse another person.
People who hype the race card narrative, or the 'elite pedophiles' meme who are using the horrific lived experience of courageous Survivors for political leverage, are behaving like bullies, and they undermine the work of Survivors and their advocates by using the Survivors experience as a political polemic.

I am saddened when ever I see the hype.

Survivors deserve so much more than that..

They are at the vanguard of the efforts towards detection and prevention of further abuse, as a cultural act of social justice and accountability.

Not the politicians. Not the hype activists. Not Tommy.

No comments:
Email ThisBlogThis!Share to TwitterShare to FacebookShare to Pinterest
Labels: Survivors, Trauma and Recovery


There's a HUGE problem here and I want to open up about it.

As long as the polarised leave/remain dynamic is dominant among media and politicians, and others, and the people who are being triggered and enervated are seeking to 'win', on all sides, no one is acknowledging that they have been groomed, gaslighted and emotionally manipulated to hate the other side.

I see people on both sides dehumanising the other as a result.

It is THE problem, here, not the decision itself.

We have been socially conditioned to not see manipulative bullying when it happens, and we are unable to name it, and confront it it our offices, and our civil and political lives.

So here's the way forwards...

We the grass roots want and deserve an honesty in political, civil and economic policy design, implementation and review.

The problems are not of the EU alone.

They are of the existing hierarchicaly system of power, currently occupied by a small minority of local and global oligarchs placemen.

It's not on the Brexit menu,

We the people, the grass roots taxpayers and voters and non voters all deserve honesty and transparent in political and civil administration.

That much we can all agree on. 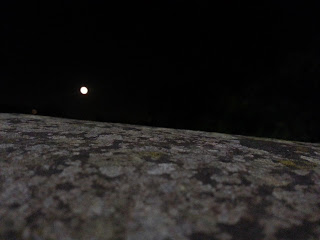 Even if we have equitable distribution of wealth, power, land and technology would that culture leave the aboriginal peoples living on undeveloped lands to sustain their ancient tenure?
Wealth itself is problematic. It's an institutional concept:

The Moment
by
Margaret Atwood
“The moment when, after many years
of hard work and a long voyage
you stand in the centre of your room,
house, half-acre, square mile, island, country,
knowing at last how you got there,
and say, I own this,
is the same moment when the trees unloose
their soft arms from around you,
the birds take back their language,
the cliffs fissure and collapse,
the air moves back from you like a wave
and you can't breathe.
No, they whisper. You own nothing.
You were a visitor, time after time
climbing the hill, planting the flag, proclaiming.
We never belonged to you.

You never found us.
It was always the other way round"

Is wealth a healthy concept, when it results, in material terms in the degrading of the environmental abundance that is so freely available, easily nurtured.
What is healthy behaviour for the biological human social species?
Freedom
Try explaining all that stuff about freedom, and gender roles, to healthy egalitarian pre-conquest cultures, and they'd think you desperately ill in your soul.
For egalitarian healthy adults, freedom is not a concept they play with. There's no need. They are born and live free, because they eschew power play. Egalitarian.
If we today are are talking about freedom, it is because we live in a social dynamic where the urge to control, to dominate, is common place, overt and covert. Misogyny is a fine example of how liberals and intelligentia keep missing the root.
It has nothing to do with gender, even as it presents if it were.
It has everything to do with 'property' - that one can do as one wishes to one's own property (without consideration of the environmental outcomes of what ever action is taken) because ownership is entitlement to control. Religions claim ownership by virtue of their God. Kingdoms, by Divine Right, by virtue of their violence and business acumen. Blessed by God. Misogyny is a fallacy built to enable the owning/bullying of women, and their children, as part of a system of hierarchies of power and violence. Not because they were/are women or children, but because they were/are viewed as property. The possessive relationship, that needs contractual guarantees.
Ownership.
Margaret Atwoods poem' The Moment' speaks to me of a sense or a context of masculinity and femininity that is ecologically deeper, more fundamental to the health of our species than those on offer within the dominating psyche, or those offered up in dissenting reaction to that dominating psyche.
Nature nurtures, and that is all nature does.
So yeah, freedom from the self-limiting desire to frame freedom from within a prison, to gain better freedoms, within that prison.
Experience.
As soon as one enters into the 'owning' psyche, one closes the doors of perception, the sensitivities that that enable one to connect fully as a part of the world, totally connected to the environment within which one lives.
The idea of that 'withdrawal' by Nature, Gaia, Mother Earth is an echo of the wrath of God, which is a belief, and a scientific and logical fallacy.
Nature nurtures, and that is all nature does. Earth is also a dynamic environment, constantly changing at every level, in vastly differening time frames, and all emergent organisms are designed to respond to those changes in ways that support the biological health of both species and environment. Not worrying about freedom leaves one open to that. Being oppressed pushes that into the background. And it is always there. It just takes a moment to re-connect.
So yeah, freedom from the self-limiting desire to frame freedom from within a prison, to gain better freedoms, within that prison.