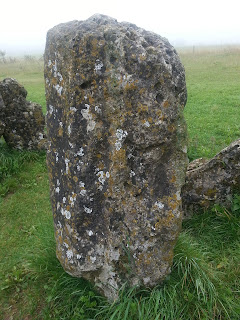 Why when people are bullying in a racist way, we call them racists, rather than bullies, and then spend hours arguing about race and not talking any sense about bullying, let alone doing anything effective to reduce either?

Why when people are bullying in a sexist way, we call them misgynists, rather than bullies, and then spend hours arguing about misogyny and not talking any sense about bullying, let alone doing anything effective to reduce either?

Why when people are bullying in a Statist way, we call them Leaders and Dictators, rather than bullies, and then spend hours arguing about State vs The Rest,  and not talking any sense about bullying, let alone doing anything effective to reduce either?

The obvious is being avoided.

This is of course understandable, almost natural in that deliberate social conditioning is a working strategic arm of those who seek to rule over others. People must be 'tamed', must be taught what to think and dissent is permnissable only so far as it does not threaten the status quo.

When people discuss the current Tommy Robinson story, they take sides, and talk about those sides, yet miss the opportunity to talk about child abuse and abuse of power as elements of a same social psychological and structural dynamic.

Going nowhere fast, in terms of protection, prevention and policing.

Games we play.
What games do we have that reflect healthy egalitarian bio-social behaviours? The way nature and biology works.

What games do we have the reflect hierarchical competing powers, and the values of such a system?

Bullying and The State.

Irelands youth have delcared their wisdom. They have repealed an ammendment of the Irish Constitution made in  1983 that criminalised Abortion. Whilst it was well known that child abuse within institutional care settiungs was widespread, common and harmful.

A wider view of the issues drew this as a reflection :

"If a) we lived in a truly egalitarian society where b) education on sexuality, relationships, parenting and power was evidence based, where sexuality was centered on pleasure, autonomy, intimacy, connection, equality and soul-meeting, be it casual or life long, and where b) religious or ideological indoctrination was banned because it's a psyche invasive process, then we'd be having a different conversation.

Because we are living in an immature, stressed, selfish, competitive society. A society built on Patriarchy and Violence. Sanctified by Religion run by cold, cynical men of power.

Conquest and Sexuality are mutually exclusive.

Put that in pipe, smoke it.

And yeah, it's the woman's choice. Hers alone.

Shared if she has community and family who understand, who will not judge her, who will care for her, whatever.

Catholics can assume the ban on Abortion themselves, as a personal spiritual committment.

They cannot assume any right to legislate to impose that belief on others, they can choose that it's something they'd apply to themselves -  if a Catholic woman falls pregnant, then she must follow her belief, but she cannot impose that on any ohter woman.

The right to abortion does not impose abortion on anyone.

And the Christians should still stand as Jesus would have, to support the woman, to nurture her.

Because that's what Jesus would have done. They call themselves Christians but ignore His words in favour of the old testament, which is closer to a manual on counter-insurgency that a spiritual text.

Religion has no claim to civil legislation, policy or governance because it is not evidence based.

The 21st Century will be yours to nurture."

The value of life, and it's meaning...

The value of each life is in the persons experience of a life of love, respect and nurture as a social species human person, and in how they nurture the world they inhabit.

What has no genuine value are instutionalised toxic mimes of 'growth', 'spirit' or 'community' co-opted to concentrate wealth and power. Zionism claims a spiritual, biblical root.

Zionism is purely a political device, void of any genuine spirituality, let alone being of any use, to anyone.

That said, Fact: Israeli Government is  carrying out war crimes, and deliberately harming a vulnerable, trapped population of people it has displaced.

Fact: Hamas has waged guerilla terrorism against Israeli citizens and Israeli military. Hamas was funded by the Israeli State to rule Gaza and force a split between them and Fatah andf the PLO. Better gangsters and thugs Govern Gaza than ordinary folk on a civil and human rights tip.

Fact: The British State committed a War Crime, waging an invasion and occupation of Iraq.. Libya was a war crime, outsourced.

People are being harmed, deliberately.

Who cares what the harmers justifications?

They must stop harming people.

It is that simple.

All the debates I observe across society do, is push that painful truth away.... the reasons for harm causation cited by various actors are complicated only because they are untruthful, they do not admit all the evidence.

Thank you for reading this blog. All we need to do is be really honest, responsive to the evidence we find,and ready to reassess when new evidence emerges. The rest is easy.
No comments:
Email ThisBlogThis!Share to TwitterShare to FacebookShare to Pinterest
Labels: abuse of power, Afganistan, bullying, child abuse, Iraq, Israel, Libya, Palestine., Syria, Tommy Robinson
Newer Posts Older Posts Home
Subscribe to: Posts (Atom)