Living with the Johnson Government is living within an Abuse Relationship Dynamic and the Vaccine search is an admission of failure. 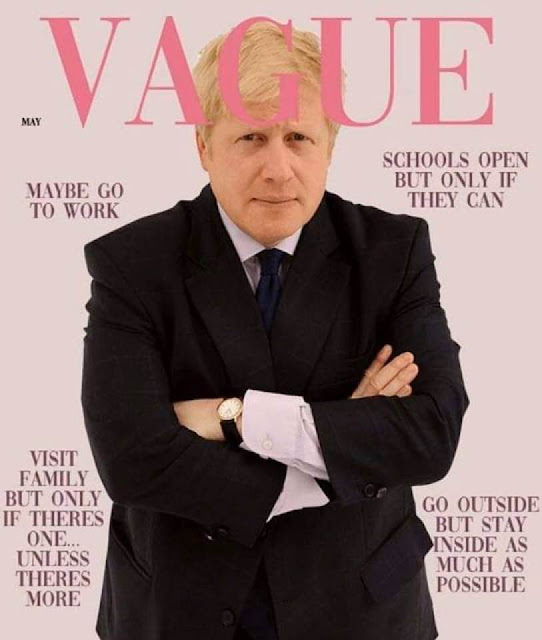 What do I mean when I say the Vaccine search is an admission of failure?

By all means pursue the vaccine trail, yet do not let it be said that elimination was not given the fullest possible resourcing - let it not be said we will wait, and take whatever casualties arise, between now and a viable vaccine.

Let is do everything in our power to protect our populations and our economies at the same time - this does not have to be an either or situation, indeed justice suggests it must not be so.

The Public Discourse is not truthful.

The news media, the press, the broadcast news are not being honest.

The relationship between Establishment /Government and the people of the UK, and in particular the people of England, as it stands today, is abusive. It's a scaled up version of the abuse family dynamic. We can see various roles being played out by the key sectors that  function to keep the family together, that maintain the status quo.

What role do each of us play in this dynamic?

Bearing in mind these roles enable the family system.

The Abuser, The Enabler, The Hero, The Scapegoat, The Lost Child, The Mascot.

Or are you, like me, one of the innocent, victimised citizen, born into this mess, and trying to live as honestly and as harmlessly as possible?

Are you one of us, the ones who didn't f*ck it up?

Here's a very cool, comedic, musical reminder of who you are, where you are and what we are dealing with.

Enjoy, then read on.


How do we shift out of these roles?

How do we help unf*ck this situation?

State level lethal domestic abuse.  65,000 excess deaths the majority of which could have been avoided. 120,000 avoidable excess deaths due to Austerity - a policy based on a fundamental lie -since 2010, a situation the UN described as an abuse of Human Rights.

Deliberately punitive and harmful policies protected by lies, masked by manipulation and and covered up with misleading information in news media and by Government.

Online political and marketing grooming, playing on people's fears and prejudices, deliberately exacerbating cognitive biases to generate extremist positions within the population in order to exploit that social division.

These are all wilful harms, caused by political grooming gangsters. 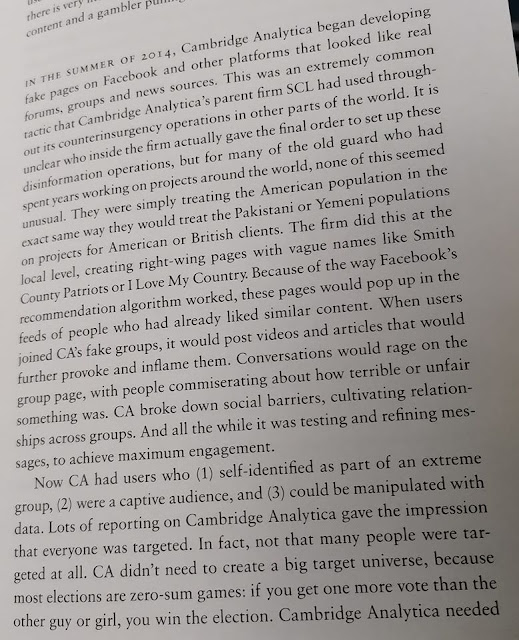 Forcing children into un-safe 'covid-ready' schools in order to push parents back to work, in order to reduce furlough in preparation for a second peak, a shut down, business collapse, and then offering Universal Credit in place of furlough to a traumatised workforce.  Gaslighting and emotional black mail the chosen strategy of the Education Secretary to get the schools re-opened. The Shadow Minister for Education who opposed opening in un-safe fashion, who supported teachers Unions, removed from position using a false accusation of anti-semitism. The Education department confirming a day later that parents holding their children back from returning to School in September will be fined.

Encouraging irresponsible behaviour - the purpose of the Cummings Road Show - in order to then blame the people for the surge in community transmission of the virus.

Stanley Johnson's rule breaking visit to his Greek villa. The rules and regulations to protect the people and the economy are for ordinary folk, they are for the plebs and they are not for the likes of Johnson, and Cummings who married into the aristocracy, whose wife's father claims to be genetically superior to ordinary folk.

A publicised behaviour that is designed to elicit the logical and obvious complaint that 'it's one rule for them and another for us' which then becomes the excuse for irresponsible behaviour, which once it is engaged in, cannot be withdrawn. But the ordinary folk can then be used as scapegoats, to let the Government that has abused the population off the hook.

Deliberate action by a man known to be a master baiter, a master at manipulation of cognitive bias in target groups as a means to winning elections. 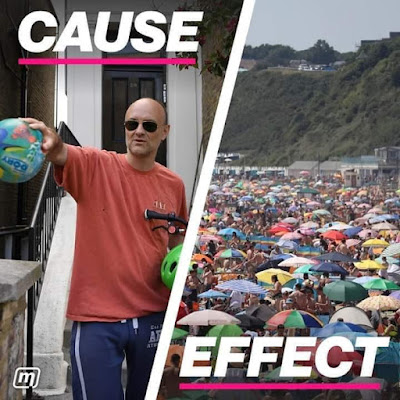 Opening pubs when the virus is still at large, with tens of thousands of new confirmed infections weekly, more than a hundred deaths daily, with infection rates static rather than falling across the country, and surges in a number of areas. The risks are real.

How many others will one person, unaware of their infectious status, infect in a pub or restaurant  environment? The Government said fire ahead, so you and I cannot blame that unawares person. But the Government will. They will blame ordinary folk for not using 'common sense'. They will not take any responsibility for any adverse outcomes.

Across Europe most countries have mandated strict regulations governing people's behaviour regarding managing the risk where they have opened up. The UK has nothing in place approaching those countries. Nobody in Europe is complaining about their freedoms being limited. Most ordinary folk across Europe are looking at the UK in utter dismay and horror.

The Prime Minister in parliament suggesting to concerned MPs of coastal and beach towns that "they should show some guts and support the opening of their beaches, to help the economy" in a week where half a million people thronged at seas side towns, leaving rubbish all over the beaches, bringing drunkenness, aggression and anti-social onto the streets at night. Bullying is as bully does.

The UK Government are abusing the population. Their deliberate action and chosen policies have led to 65,000 avoidable deaths in 4 months. Millions of job losses remain on the cards, all of which was  avoidable. New Zealand had the same information at the same time as the UK Government, and they have eliminated community transmission of the virus, had a minimal death rate, minimal infection rate and are now out of lock down, safely. UK Government has no excuse. They chose to abuse the people. Why?

Whatever, can we just put a stop to this abuse, and work out what happened later, after we have arrived at the happy state that Vietnam and New Zealand have demonstrated is possible?

I wish someone would say that, out loud.

Can we say that, out loud?

I have been criticised by many for my stance on Corona Virus. Not least by people who are focused on the Vaccine as a solution or as a problem (Bill Gates being a bad actor etc).

I have made it very clear that the vaccine route is already an admission of failure.

I have made it clear that elimination of community transmission is the only safe, proven long term protocol that we have right now.

I have made it clear that this is a question of will and provision of funding and resources - that the presence of this virus is not an inevitability.

There is more than enough wealth and resources globally to eliminate community transmission, and to set up vigilant systems to eradicate the virus in any given population.

I am more against Vaccine than most anti-Gatesers in that I propose solid, evidence based proposals on how to deal with the epidemic locally and globally.

The anti-Vaxxer anti-Gatesers are against the Vaccine for reasons of political and ideological power rather than epidemiology and thje practical work of saving lives, right now, starting to day. If anything their irrational stance lends itself to more avoidable deaths, in that it distracts from the practical realities of implementing elimination strategies, because they are keeping the vaccine hype and hope narrative up front, when what should be happening is that the elimination narrative ought to be front and foremost in all public a discussions on Corona Virus, because it effing-well works.  Excuse the expletive, the issue is that intense.

So unless my various critics can add to my thesis on how practical it is to eliminate community transmission and in due course eradicate the virus, then they are wasting my time, wasting their own time, and adding to the problem rather than helping to resolve it.

Elimination of the virus is both practical and possible, in every country on Earth. All that is missing is the will to make it so.

Live Data as part of an Elimination Management Protocol.

In Croatia, the government daily briefing includes detailed information on the national test, trace and isolate strategy. The public is informed about the exact locations of positive cases, how many people were tested and how many contacts were placed in isolation as a result. This has been happening since the first patient was tracked at the end of February. Like New Zealand, Croatia also announced reaching zero cases on June 11. Some local outbreaks followed, but the death rate remains low.

In Spain there are infection case maps available for the whole country and for each region and local area.

A well informed, engaged population is a key element to any elimination management strategy, something completely avoided in the UK. I suggest that deliberate lack of clarity is abusive.

There is no good reason whatsoever, bar deliberate government policy, why such detailed maps have not been up and running for the UK since March 23rd. To deliberately keep a population so ill-informed of a genuine public health risk is abuse. There is no other way to state the position. It is abuse if one is aware that any given inaction leads to harms being caused, and one continues to not act when one could act and prevent those harms.

Here's my song about Jacinda Ardern and New Zealand vs UK Government Policy, which I wrote before they had eliminated community transmission, which I KNEW was going to be effective, because I had studied the evidence in some detail.

stop the spread, spread the love.

coreluminous · Jacinda and The Little Bugs

and this I wrote after Johnson's May 10th classic passive aggressive management speech...

"Do what you love, it is your gift to universe."
Email ThisBlogThis!Share to TwitterShare to FacebookShare to Pinterest
Labels: abuse of power, Boris Johnson, Dominic Cummings, national abuse dynamic

I do this as my main occupation
and if you want to
please support me
and nourish me in my work,
spread the love, share the word,
send me some funds £3 a month
www.patreon.com/corneilius
I usually live by performing,
which is not happening at the moment, so any financial help is much appreciated.
The music is free
THANK YOU!
www.reverbnation.com/corneilius
www.soundcloud.com/coreluminous