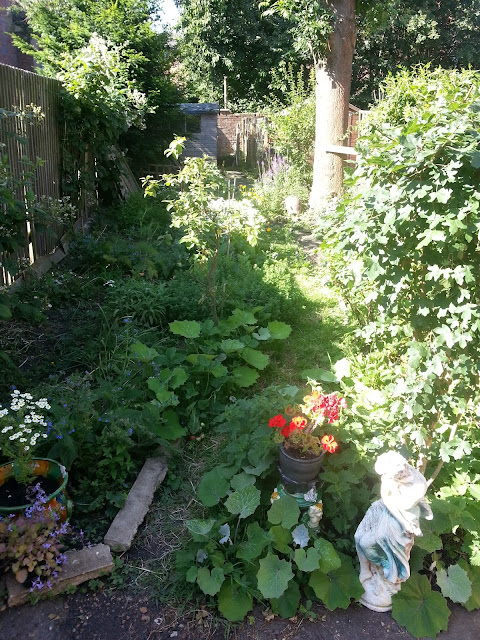 In considering the fundamentals of a Nurturant Society, one has to define the ground upon which one stands.

If that is not taken in hand, and clearly defined, then it is inevitable that the ‘revolution’, as many are calling it, by positing an ‘alternative way’ to the status quo or by adopting a position of resistance to that status quo, is to a greater extent defined within the frame of reference of the status quo. It is a response to something : that something defines the response. It is a reaction.

Thus it was with Marx, and with many others. They did not see the trap they laid for themselves by talking in terms of production, ownership, and control, which are the terms and structural processes that the oppressive Society uses to exert it's power over people and the habitat. Transferring those to the workers does not change the nature of the Society as radically as people believed, it still permits the current dominant systemic mindset of control of nature as a resource to exploit. Thus the fundamental dynamic and psyche of Power remains, with a merely a change in the Actors and their behaviour towards each other within that set of structural processes. Kinder to one another,  yet damaging to the environment, the shared habitat.

And of course, it has to be said, Marx was a man of his times, and lacked the data we have today about neuroscience, endocrinology, psychological and evolutionary development and the reality of natural empathy. A lack accurate information can lead to the invention of theory out of rudimentary thinking that is without the appropriate evidence. Marx was rightly concerned with human suffering that he knew could be avoided.

The Nurturant Society avoids that predicament by defining itself on it’s own clear terms.

The Nurturant Society is a fundamentally simple concept.

To Nurture, as a biological process, and as in human action, is to improve the conditions of the habitat or the environment within which life occurs. This process can be observed by anyone who is careful and honest in their explorations of nature. Henry David Thoreau made this abundantly clear in his work during the 1800s, as did Rudloph Steiner (Biodynamics) and Bill Mollison (Permaculture). These three are sequential in that their lives began as one ended and they form one example of continuous thread of exploration of nature that is free of the lens of what I call Empire Logic, the 'struggle for survival' etc etc. All these people and others who were and  their contemporaries looked beyond the Herbert Spenser doctrine of struggle for survival, of civilisation as the apex of natural biological evolution.

To Nurture is to provide both space and materials for life to flourish.

To Parent? Perhaps. However, the word Parent is itself troublesome, for it contains meanings that are to do with control. Control always inhibits emergence. Parental Control implies a mistrust of the child. Control is often a question of fear.

The etymology of Parent.

Thus Parenting has to be redefined or qualified. Natural Parenting or Nurturant Parenting better describes this new paradigm.

Nurturant Parenting then, is fundamentally about facilitating the emergent, about recognising the innate desire and ability of the natural child to learn, to master his or her self, to develop life skills, to be able to meet his or her own needs, and with that the needs of others, as an empathically alive human being, in essence to contribute to his or her family, community, society environment such that all may thrive.

All of which is diametrically opposed to the concept and awareness of the consumer, whose concern lies solely with consumption.*

And, because human life does not occur in a vacuum, but rather takes place in a continuum, in a non-linear web of activity that is typified by connection and interdependency, it follows that when life is nurtured, it is nurtured for all life.

Thus Natural Parenting is an activity that is not exclusive to the biological parents, but includes the entire community. "It takes a village to raise a child." And a forest. No community exists independent of the habitat.

Everything is food. There is no waste.

This can only be achieved by each element with the biological process web being it’s true self, having it’s own needs met. It is therefore a question of meeting inherent needs. Nature is a web of intersecting needs being met. Algae make oxygen. Bacteria eat all kinds of materials and transform them into their bodies, which are eaten. They also produced 'waste' which is not waste, but is in reality food. Plants take in Carbon Dioxide and release Oxygen. Bacteria in the plants take in Zinc, and other trace elements and create new chemicals the plants need. Animals breathe oxygen and eat plants. And so it goes.

This - being one's true self - is not a limitation, because in all living organisms we see the same responsive ability, the ability to learn, which has been called ‘adaptation’,  that is foundational to the maintenance of the dynamic equilibrium of the processes of life. That responsive ability is biological empathy in action.

What we see in Nurturant Biology is an outcome that can best be described by the new word, Thrivival.

Thriving, in relation to the human being, is that positive sense of well being that is inherent in the process of growth. Thriving, for the human being and for all mammals, originates in utero, and extends throughout life. Thriving applies to the individual, the family, the community, the society and to the environment from which all emerge.

Because this is a simple paradigm, and because it is an empathic paradigm, it will find expression in diverse ways, mirroring the diversity of the environment, the habitat, from micro to macro, leading to diversity in human expression of community and society.

The Nurturant Society is complex, and yet it is not at all complicated. This is the nature of nurturant empathy. The precise solutions emerge out of the experiential of each community.

*The consumer eats and does not seek to nurture anyone other than him or herself; for his or her eating is the penultimate act in the receipt of a service that the consumer has paid for, and having paid for it, the consumer does not trouble him or herself with the conditions within which the food was produced, or what happens to the by-products, but merely the presence of the food on the plate, it's appearance and taste, and other similar immediate considerations and the of course the price he or she has paid for the meal to be consumed. Quite often the consumer has no concept of what it takes to produce that end product on the plate. This because the human being, the citizen consumer, unlike every other living organism, is cut off from the source and the processes that create the food. Likewise the consumer is not concerned with what happens to that which is not eaten. It is considered waste, not food.

The 'consumer' is a dehumanising term which reduces each unique human being to an object to be crafted and then manipulated for profit. And for Power.

**Survival carries with it the sense of threat, the sense of scarcity. Whilst there exists the possibility of being eaten, for each individual, that does not in and of itself threaten any entire species, and what we see is that no predator nor herbivore will consume the entirety of that species which it eats.

Both prey and predator thrive in the natural state. The are interdependent, mutually nurturant. The struggle for survival is in fact a projection of the dynamic of fear that the Hierarchical, non-empathic Society feels, generates and promotes.

This is due to a fundamental undermining of natural empathy, which leads to disconnection, and with that insecurity arises, and the need to control follows and it is from this that violence flows.

This is wonderful ... am looking forward to exploring more x Joyphine

Like It Cornelius. In a time of impending Human Autolysis a message of hope with a practical method of transforming hope into a better way. Thanks.