don't you DARE blame the voters! 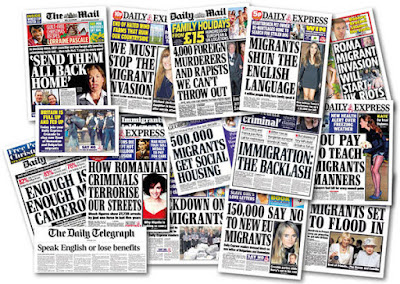 Emotions influence a huge part of our behaviour.

Triggering other peoples emotions in order to exploit the other person is an assault, whether it is legally defined or not... if you do this in a relationship, it's abuse.

If you do this socially, it is abuse.

Feelings carry information about how we are, our state of being.


It's about the quality of the lived experience. We call this qualitiative data. It cannot be 'measured', in can be observed, felt, recorded, described nonetheless. It is not something AI can relate to, ever.
Both our emotions and our feelings are also a beautiful intelligence, when they are integrated, at ease in the body of the person experiencing the emotion, the feeling, conveying qualitative information, that can be felt and empathised with, understood. A language without words. Sometimes sadness is not the dispair, or the loss, or the pain. It's more than these. Happiness too.
Vulnerability is part of our human evolutionary strength; our sensitivity is rooted in our intelligence, our brains imagining ability, that visual invention lab in the mind is the desing tool, and the task is to nurture love, and receive love as a social creature in a social context, with the materials to hand.
Emotions are rooted in our past experience and our present perceptions, they involve biological processes and body mind reactions that are also hormones, neural signal path-time, muscle tone, adrenaline levels, converted into extremely rapid, invisible and visible body mind changes which we ourselves do not really notice.

Until it's over, and we decide, yes, that is what I meant to do.

We know this is normal behaviour, fully conscious free will in total control is an illusion, the biology proves it.

We also know cultural or habituated behaviour is not genetically driven, culture is learned and we know that epigenetic reactions to trauma or epigenetic response to loving care can influence behaviour, down through generations.
Regular or chronic disruption to any body regulatory system habituates the person exposed, and this it alters behavioural dynamics incrementally, over time.

"repeat a lie often enough, with force, and it will be internalised as a truth."
Deliberatly triggering someone to elicit a reaction is a disruption generator.
Much of the disruption occurs below conscious control, in the autonomic systems, in the practiced habituations, in what we have learned accumulatively from repeated experience...one way or the other.

Therefore the target is to a very large degree defenceless if the targeter can refine the material with which the target is being triggered, without the target knowing this is happening.
Of course, wrap this in Marketing, and you are 'merely' doing business, growing the economy by selling products to a demographic, seeking the best hooks to maximise your potential capture rate... sounds inoccuous.

It's not.
Triggering other peoples emotions in order to exploit the other person is an assault.

It is defined within Law covering Domestic Abuse, which is about relationships.
That is what is 'winning' the popularity contest the Corporate Media has made of Democratic Elections.
A population level case of psychological assault.
Political grooming gangs..... a previous piece.

If you want to know more about where this is coming from in greater detail, then this piece by Kitty Jones is superbly researched and will be of use.

"The revelations about Cambridge Analytica indicate clearly that western governments are subverting democracy"
Don't you DARE blame the voters.

Do not even mention the non voters... really.

They are innocent in all of this too.

And don't blame Corbyn either.

Cummings, he's accountable for all of this.

Lynton Crosby, the Marketing Industry, Integrity Initiative, Blair, Johnson, Trump and their psponors - and all the liars and all those who allowed them to lie often enough that millions of people internalised 'Corbyn is a Communist', 'Corbyn is a Terrorist' or and even 'Corbyn protected pedophiles' (probably just a few thousand people on that one... enough to shift a seat from Labour to Conservative where there is a small difference between their votes - Kensington was taken by Cons, from Labour, with a 250 vote 'majority'. The previous election with went the other way, with a 150 vote 'majority' for Labour. The Tories did not need to gain more votes, they needed to trigger the right numbers of people with emotional content to vote reactively.

Up to the neck in organised institutional micro-targeting of trigger materials, lies and dirty tricks.

We are all exposed.

The Marketing Industry abusing psychology to sell alcohol, bleach, guns, crisps, chocolate, sex toys, and anything else that can be made and sold by exploiting people's studied vulnerabilities.

It's utterly corrupt, and the Powerful have jumped on the tool provided, and have exposed a trail that describes the manipulating behaviour in greater detail than they realised, they were so cock-sure and self-congratulatory.... blatantly, do not blame other voters, do not shout at each other.

Remember when Syria ('The Assad Regime is a caricature) was accused of using chemical weapons?  The UN didn't find any evidence, whatsoever. Their research show background traces of Chlorine. The Media reported presence of Chlorine. Lies, repeated often enough, become internalised. That's why they lie all the time.... habituation.

"Nothing I read however, came close to the dishonesty and deception I experienced while at Newsweek. Previously, I believed that not enough journalists questioned the government narrative sufficiently. I believed they failed to examine the facts with close enough attention and had not connected the dots as a handful of others had done.

No. The problem is far worse than that."

You know where to look. It's not just Facebook.

Unless they introduce a restriction on triggering materials, and specifically real time micro targeting of political advertisements and election 'materials' disguised as mutliple grass roots entities that are merely webpages, and fronts.

Leave. They cannot function without us.

A day of none wuse will cost them.

A week will hurt them.

A month will close them down.

It's not highly likely, it is a possibility.
~
#NOLOGON

Thank you for reading this blog. All we need to do is be really honest, responsive to the evidence we find,and ready to reassess when new evidence emerges. The rest is easy.
Email ThisBlogThis!Share to TwitterShare to FacebookShare to Pinterest
Labels: cambridge analytica, Cummings, election, micro-targeting advertisements, Murdoch, votes

what I am pointing out.

i think those who organised that manipulation have much more responsibility than those they are exploiting, even if their exploitation enrolls them in causing harm.

Blaming the victimised across the grass roots - voters blaming other voters?

'they are sheeple' is the same thing.

'they are sheeple' is blatantly a bully turn of phrase, not at all enlightened.

Who gains from that?

Why would anyone encourage that?

Who do we need to build bridges with?