The Great Hack - a review. 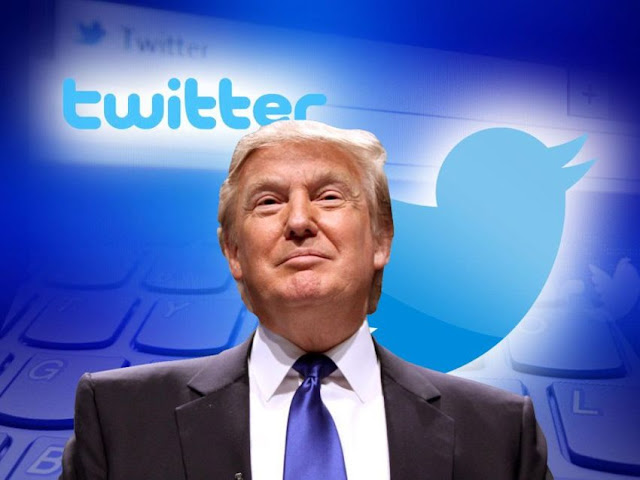 I just watched 'The Great Hack' on Netflix.

I watched it twice, just to make sure I was clear on what it was...

I will be reappraising my stance as a result and will edit this piece, or write a part two, as a follow up, to show what I am learning as I travel.

All I will say at this point, before my follow-up which I will start when I have finished Wylie's book, is that Social Media in general - Google+, Youtube, Amazon and Facebook's management and business model, the techniques they use to expand their business, and their willingness to made advertising revenue by hosting dysfunctional, abusive and manipulating user created content as much as any other advertising or income revenue is a very serious problem indeed.

They have no functional ethical or moral code. They permit all the tactics of narcissistic bullying across their platforms, knowing it causes real harm, under the fig leaf of 'freedom of speech'.

Bill Hicks was on point in this beautiful routine.

They - the social media giants - are not the origin of such behaviours, most official News and Press media and all entertainment and all marketing revel in such tactics to increase sales and profitability. The Bible is as fine an example of this as any document I know of. Telling people what to think.

I have written much about that on this blog over the past decade. What they appear to be doing is knowingly, of not intentionally,  enabling and profiteering from these behaviours across their services because a lot of people are themselves dysfunctional, and there is a dysfunctional dollar out there, for marketers to exploit.

My apologies to Carol Cadwalladr for misunderstanding her perspective.

-----.What follows is the original piece.

It was not about a hack at all.

Hacking is gaining unauthorised access to a prohibited computer system and injecting novel code into it to play with it, extract information, undermine it etc...

Cambridge Analytica is not a hacking operation. Though it has been associated with hacking in the Nigerian Elections in 2015. Hacking the emails of the Nigerian President. Not that that was mentioned in this 'documentary'. Not enough time, really. There's a lot in this documentary.
The narrative presented in 'The Great Hack' was carefully designed to avoid the simple truth that all mainstream news that carries advertising, are also being utilised as political grooming devices and that many are actively aware of that and unwilling to do anything reasonable about it.

The Sun, Telegraph and the Daily Mail, the Guardian, the Independent and the Mirror...they all carry propaganda posing as news.
The narrative in The Hack was also to seek to blame Facebook, and the Tech companies, rather than talk about political grooming, seriously.

In essence a deflection

Another way to say it this : no one talked intelligently about political grooming.

As a cultural and politically institutionalised dynamic of abuse carried out in the public domain, a form of bullying, that is the mainstay of advertising, marketing, religious indoctrination and propaganda.

Jeremy Corbyn is not an anti-semite, racist, terrorist supporting politican; he is exactly the opposite.

The press bullying of him, and his strength of character, are an object lesson in how to deal with public bullies.

Here's my take on the 'documentary'...

Ms. Kaiser is no whistle blower...

Ms Kaiser worked for the Obama Election campaign, a proven grooming operation - I said so at the time, even without understanding the way targetting was being weaponised by groups such as Cambridge Analytica, because I was paying attention to the funding drives on facebook, and to the mainstream print and broadcast campaigns. And because it's been the basic dynamic of neoliberal 'democracy' for a long time...

Ms. Kaiser was involved in  the 2015 Nigerian Election campaign, where she introduced a team of Israeli specialists to the Cambridge Analytica team,  who had hacked the incumbent Nigerian President's emails...

Cambridge Analytica ran campaigns for right wing candidates in a number of third world countries, to earn a few bob and to prove the fficacy of the model, before going on to the really big bucks.

Trumps Election 2016 campaign spent just under one hundred million US dollars on their facebook messaging.

Ms. Kaiser worked on Trump's campaign at the very core of it's Facebook operations,  . fully aware of what she was doing. She was at the very center of this. She knew they were targetting peoples biases, fears, insecurities and prejudice in order to exploit those for political gain.

Her role as the protagonist in 'The Great Hack' was to elicit sympathy in the horrified viewer, and thus by appearing to be apologetic, remorseful,  concerned, worried, anxious, etc  to deflect attention away from the core criminal behaviour she participated in.

The term for this activity is grooming. Taboo to say this outloud. "shhhhhhhshshs!"
Ms, Kaiser mentioned the use of weaponised communications tactics, which are apparently restricted by the Department of Defence.

This was complimented by Carole Cadwalladr's effort to shift the blame to Facebook and the Tech companies.

Included in the 'documentary' was two brief sections covering Alexander Nix, the CEO of CA.

His boasting at a dinner meeting about CA's abilities, and his recalcitrant appearance before the House of Commons Committe Hearings on Fake News, where he got off very lightly.

CA was shut down due to bankruptcy, - such a difficult decision to make, and so much money already banked..... and unfortunately the bulk of their files went missing, or were destroyed, lost, etc...  so there's a hole in the evidence set.

If you wish to check the nature of the Observer and The Guardian take a peek at Medialens (.org) a UK based news media analysis website which has, since 2001, confronted the propaganda that gets passed off as 'news reporting' - in effect misleading readerships in line with political hegemons, or as I would call it, the grooming of ordinary folk via opinion posing as evidence (WMD) in the UK media - by directly questioning the reports, the reporters, their claims and data.

Chomksy called that process of propaganda the manufacturing of consent.
www.medialens.org is well worth a look.
Read the mainstream, then go to medialens and check....

The Great Hack
I found The Great Hack initially interesting, then tedius, I realised that it was empty and ultimately dishonest. That said everyone ought to watch it, and note how they are being mislead... learning by experience.

It also tried to pass off Russian influence on UK voting as a major influential factor, which is just untrue. All competing powers brief against their perceived opponents, through various media outlets. That is standard practice, and no great secret or conspiracy. It rarely has any meanungful effect upon the target populations...
The major malign influences are always homegrown.
The Great Hack is deeply dishonest, ( I repeat myself, here) but unless you know something about grooming, you'd never twig it.

In this previous posting, I outlined in the most precise and concise terms, the true nature of political grooming gangs.
https://dwylcorneilius.blogspot.com/2019/01/political-grooming-gangs-you-should-be.html?m=1
Let's have a laugh!

Boris Johnson's £10 million grooming operation will go nowhere near his hair or his crumpled suits...

'Enjoy the thrills and spills of indoctrinators, indoctrination and the indoctrinated as our intrepid reporter takes you on a journey of discovery, breakdown and release."


all rejected it as 'improbable'.

subtext - are you trying to kill us off.

( yes, of course, you are grooming gangsters!)

No, i did not pitch this, this is all make believe fake news...

--Here's a track I created to articulate the realities of political and ideological grooming.